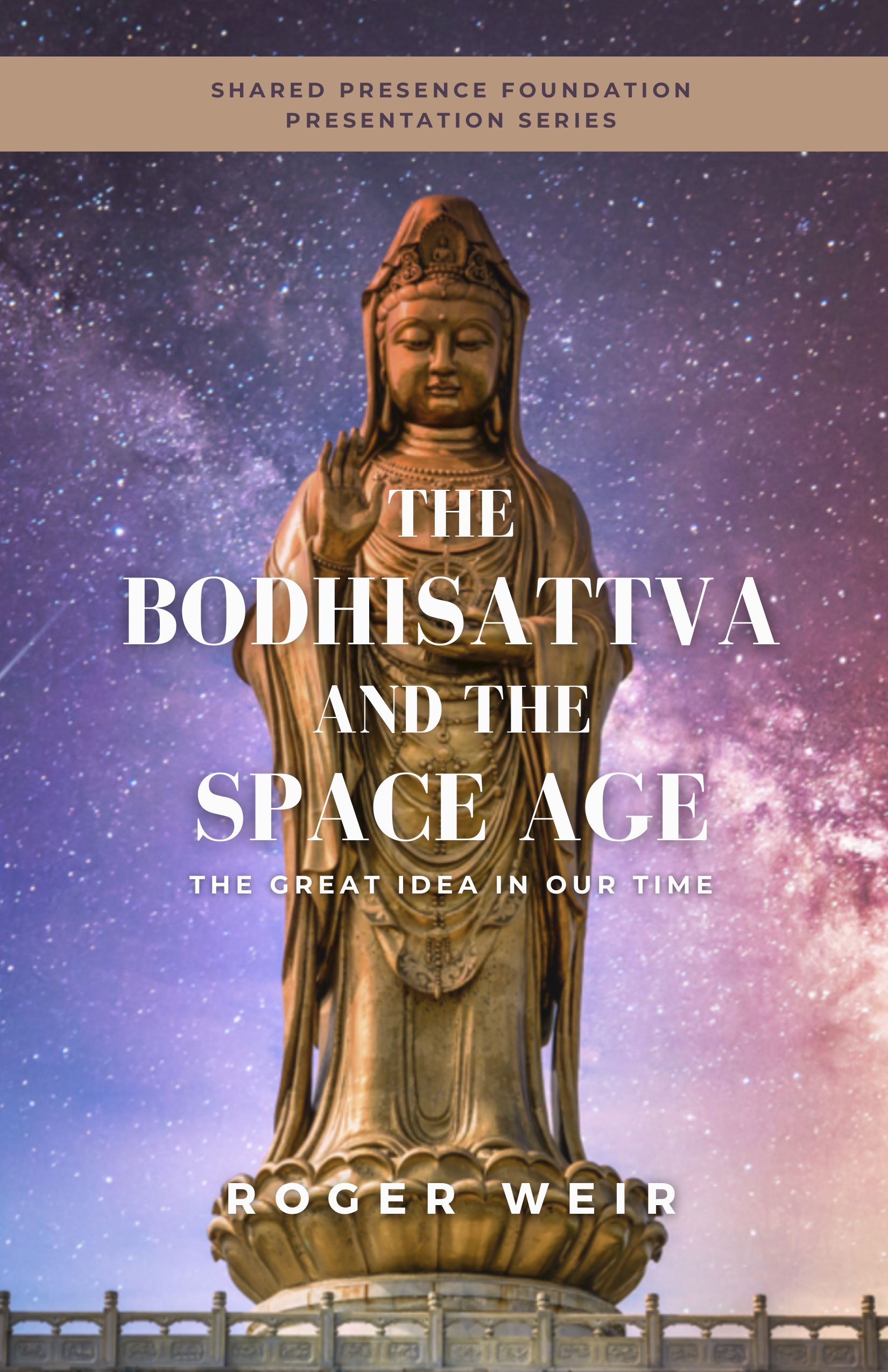 The Bodhisattva and the Space Age: The Great Idea in Our Time

Listen to the presentation

Purchase a copy of the book
Download and read: PDF | EPUB | MOBI

Adapted from its original format and published here for the first time, Roger Weir’s The Bodhisattva and the Space Age: The Great Idea in Our Time, blends the ancient Buddhist writings with a modern cosmic understanding, guiding the learner on a journey through time and space.

The Bodhisattva and the Space Age is an exploration of the relationship between cultural and spiritual traditions, as well as an introduction to a new way of considering the nuances of their similarities and distinctions. It tells of the story of the creation of The Awakening of Faith in Mahayana, and the indelible alteration it left on human consciousness. Weir weaves together the historical context of pivotal turning points in civilization, and acknowledges an “iconographical correlation” between the Christian Mother Mary, the Buddhist Goddess Kuan Yin, and the Egyptian Goddess Isis, inspiring and exciting the creative imagination.

The message does not end there, Weir thoughtfully leads the learner through an introduction to the uniquely enlightened layman, Yuima (also known as Vimalakirti) through the Vimalakirtinirdesa Sutra, touching then upon the significance of the Accumulation of Precious Qualities, and landing in the modern space age, weaving these ancient stories and ideas into the cosmic understanding of infinite galaxies beyond our own.

In The Bodhisattva and the Space Age, you’ll explore:

The Awakening of Faith in the Mahayana (Shraddhotpada Mahayana Sutra) ― Learn the eight reasons for the creation of the revolutionary text and the shift in Buddhist consciousness from a personal liberation to a universal liberation through the introduction of the goddess Kuan Yin, the bodhisattva of compassion.

The Accumulation of Precious Qualities (Prajna Paramita Ratna Guna Samcaya Gatha) ― The paradise of the Amitabha Buddha is not one of just singing and mindlessness, but one of study and great erudition because the bodhisattva ideal includes omniscience—one must know it all—every bit of it, in all of its ramifications, for all beings to learn.

The Space Age ― The modern scientific worldview reveals that there are infinite galaxies in all directions around ours, and from a Buddhist perspective, they are peopled with infinite beings in need of liberation from the cycle of samsara. 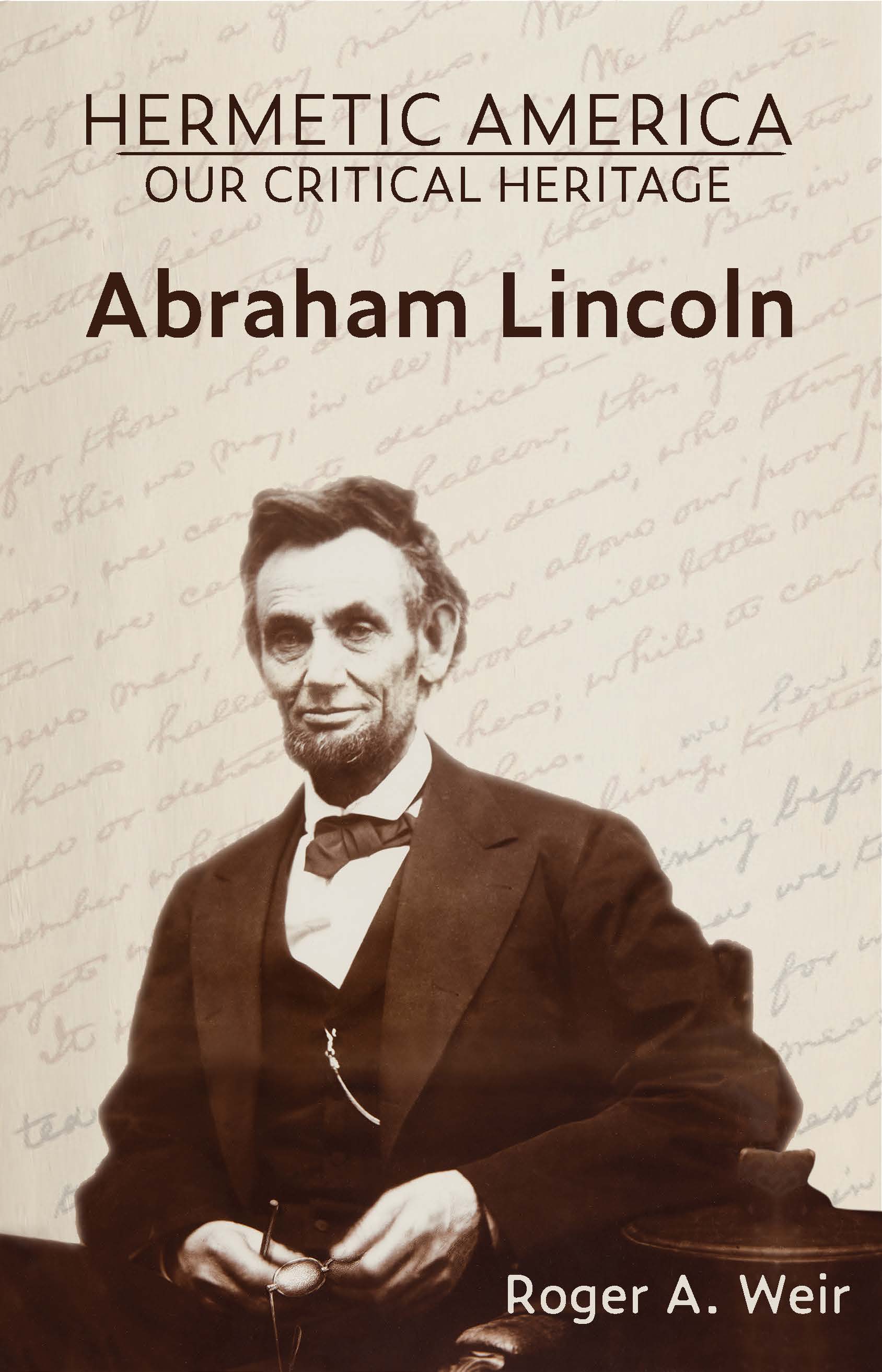 
Presented by Roger A. Weir

Purchase a copy of the book
Download and read: PDF

In this lecture series Weir examined the creative persons who contributed to the development of America in the context of a vision of America as a land of free peoples. Weir explored how Abraham Lincoln became the man he was, and how he went about the arduous battle among fellow Americans to save what he believed to be a vision of a greater union of humanity. Without question, a ’them and us’ attitude shatters unity.

Both a frontier pragmatist and wisdom sage, Lincoln was able to see beyond the jungle of groups vying for power in the United States, to see the essence of what had to be protected and preserved. Lincoln recognized slavery as an existential threat to democracy and unity that he would have to solve in his time. He also foresaw that future generations would have threats to liberty that they would have to overcome in their own time. Today we find ourselves threatened similarly with adherence to paradigms that exclude or inherently disadvantage individuals without regard for their personal merit.

The strength of American democracy comes from the ability of the individual, of her or his own merits, to run for office, and to simultaneously hold the higher ideals of liberty and unity of humanity in focus. Weir notes that Lincoln feared the political convention approach of candidate nomination might do damage to our democratic institutions, but that the challenge of doing away with it would be left to a future generation.

This book offers the reader an opportunity to appreciate the wisdom of Lincoln and, in a greater sense, how we might also be able to rise to the challenge as he did: to recognize the desires, needs and aspirations of our fellow Americans while keeping in focus a greater vision of liberty to which we can all aspire.